Although not as common as firmware upgrades for cameras, Sony sometimes releases updates for lenses that are often overlooked by many Alpha users.

To check what version of a lens you are using you need to mount the lens to your camera body and then from the Setup menu choose the Version option (Menu > Setup > Version > Lens). If you need to run an update you only need to update the lens using a single camera.

Lenses released after October 2014 already have the ‘Quick Start’ function and do not need to be updated to acquire this feature. 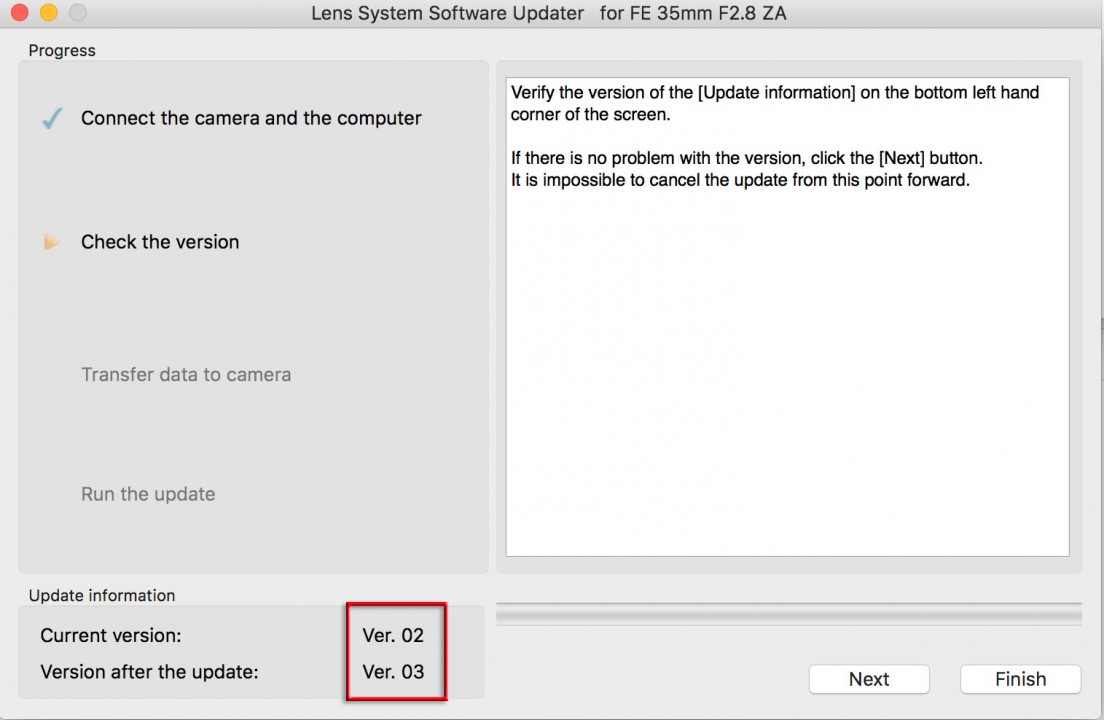 Some lenses have had updates released much more recently however, e.g. Sony made an update available for its SELP18105G earlier this year and to the SEL35F14Z and SEL35F28Z lenses as recently as July 2016. The update for the 35mm E-Mount lenses provided the following improvement to performance.

Click on the links below to gain access to a lens update that you need to make.